Another quick return to an old favourite. Dust Tactics has been a staple of ours over the last few years.  I have an original Axis force as well as a newer US Marines force to offer me some Allied play options.

These five figures are some of Dust studios newer sculpts.  I plan to add them to my existing Axis forces as a small but growing Luftwaffe contingent.  Command squads offer a number of game bonuses but also have to use up their combat actions to deliver these options.

The Raketentruppe Command Squad has a full contingent consisting of Commander, Medic, Radioman, Mechanic and Gunner.  All of them have a good special rule but only one of them can activate their skill each turn.

That means you must decide if you want to activate a unit for a second time using the commander or repair a few wounds on a vehicle.

Maybe even use your medic to heal a combat unit, but not all at once. 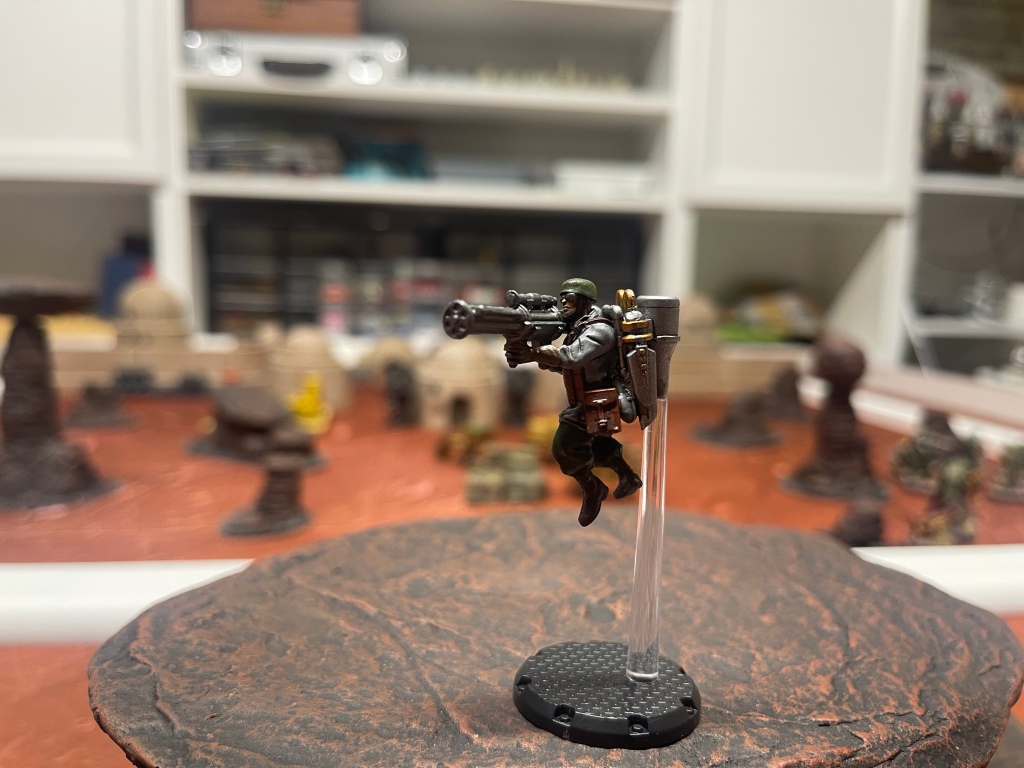 Unless you fail the roll and have to try for that special rule again or maybe you don’t because you might fail again!

Lots to consider when you field a command unit.  Sometimes I think it might be easier (definitely simpler) not to use them in the first place, Hmmn!

3 thoughts on “Dust Tactics – Command Unit For My Luftwaffe”