I do like to flit back and forth…  Oathmark again.  Book No.1, No.2 and now No.3 have all been released without many games being played and, even without a game planned for the future, I have invested in another boat.  All because the 2nd book mention the inclusion of river craft and allows them to be fielded in a force. 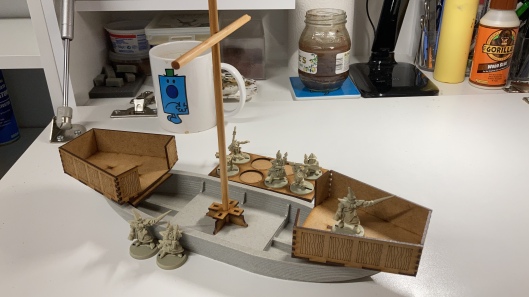 Just so you have a sense of scale, and so you don’t get excited and expect them to be finished yet, I have included the crewmen for my ballista in this shot. Aren’t I kind. 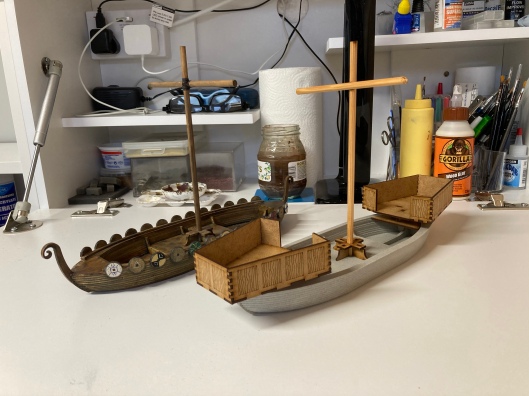 This ‘boat’ has a bit of a story actually.  Many years ago I purchased a resin and MDF Viking longship at either Warfare or Salute and painted it up to go with my now ancient Saxon Saga force. At that time I was torn as there was also a Norman Raider on the traders table and I only had enough left in my wallet to buy one of them. Somewhere since then I lost all memory of who the trader was that had supplied the first ship to me. 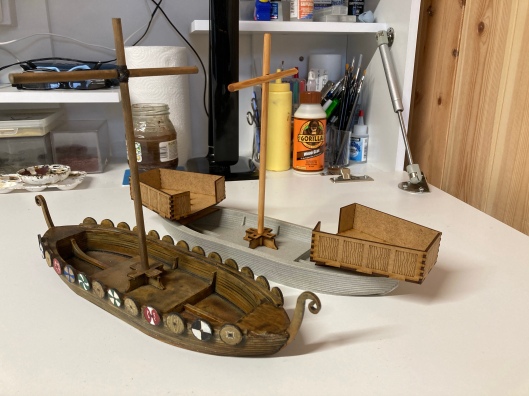 When I decided that I wanted a small boat with a fore and aft castle of sorts I immediately set about looking for the original details of my viking ship in hopes of finding the raider that I had passed up all those years ago.

Sadly I didn’t find anything that would lead me towards the original source… Weeks and months went by with no new leads. Forums and Facebook pages were trawled in that time again to no avail. 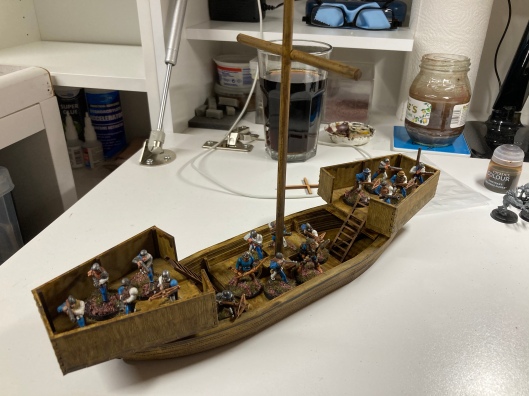 In the end I decided I would need to find another source as it was apparent that I would never find it.  As soon as I stopped looking for a resin boat, guess what.

Thats it, I went looking for an alternative MDF option and wandered over to the Warbases website, only to find that it is one of their discontinued lines. 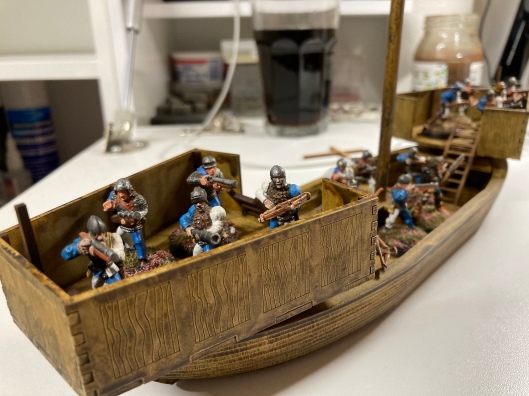 Discontinued to the public maybe, but I have found that if you ask nicely… £13 later…  Sadly, they only have the Viking ship up on the website now (at its very attractive sale price of £13). If you were to ask nicely though…  Who knows? 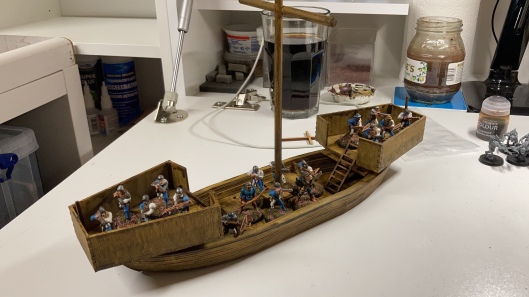 Mine needs a few extra embellishments that may end up costing more than the boat itself in the end but isn’t that what this hobby is all about?

7 thoughts on “Oathmark – Mucking About In Boats”